Queensland based Rockcrush Group is set to take the mining industry by storm with the recent completion and shipment of their latest innovative A-Series mining dredge. The Rockcrush Group combines Jaden’s renowned engineering expertise and industry leading range of heavy industrial, hydraulic, mechanical and marine winches with the practical experience of River Glen Dredging to create a business that is changing the future of dredging in the mining industry forever.

According to Rockcrush Group CEO, Peter van den Berg, the Group designs, engineers and manufactures a range of dredges that are used in a variety of industry applications throughout the world, but more recently their focus has been squarely on the mining industry.

“We have a global focus and as such work with a number of leading companies around the world, including Asia, North America and South America. “Over the past 10 years we’ve had some excellent results, particularly in Indonesia and South East Asia where our dredging equipment has had a huge impact on coal mining, which has resulted in us expanding our product range and ramping up production.

“One of the biggest challenges that confronts miners in countries like Indonesia is the annual rainfall which can be as much as 4 metres a year. For open-cut mines this amount of rainfall not only causes the pits to become waterlogged but also washes a tremendous amount of dirt and rock into the pit creating a slurry mix with a very high specific gravity. “In this situation stationary dewatering pumps can only scratch the surface of the problem by removing the water, but not the slurry as its particle size is too big and heavy for the dewatering pumps to cope with.

“Traditionally dewatering pumps would be used to remove as much water as possible then excavators would be used to load a fleet of dump trucks to haul the slurry out of the pit. This is not only a capital and labour intensive exercise, it’s also very inefficient as the trucks lose most of the slurry on the way out of the pit, which subsequently creates a whole new range of environmental issues.

“For over 10 years we’ve been supplying mines in Indonesia with our Platypus Series of small dredges for use in their settling ponds, and have demonstrated from experience that dredging the slurry is an effective and cost efficient way to remove it.

“So based on a number of expressions of interest, we set about designing and building our larger C-Series and A-Series dredges to enable us to apply our dredging technology to the much bigger problem in the pits.

“To put it into perspective, some of these pits can contain as much as 2 million tonnes of slurry after heavy rain, so we worked closely with our supply partners – Krebs on the pumps and Energy Power Systems Australia (EPSA) on the engines in order to deliver the mine operators the big volume capacities they require.

“Because of the remoteness of some of our customers’ mines, reliability is one of the most important prerequisites when we develop new products and when it comes to engines we put our faith in EPSA and their range of Cat® of engines, based on our successful track record with them over the years. 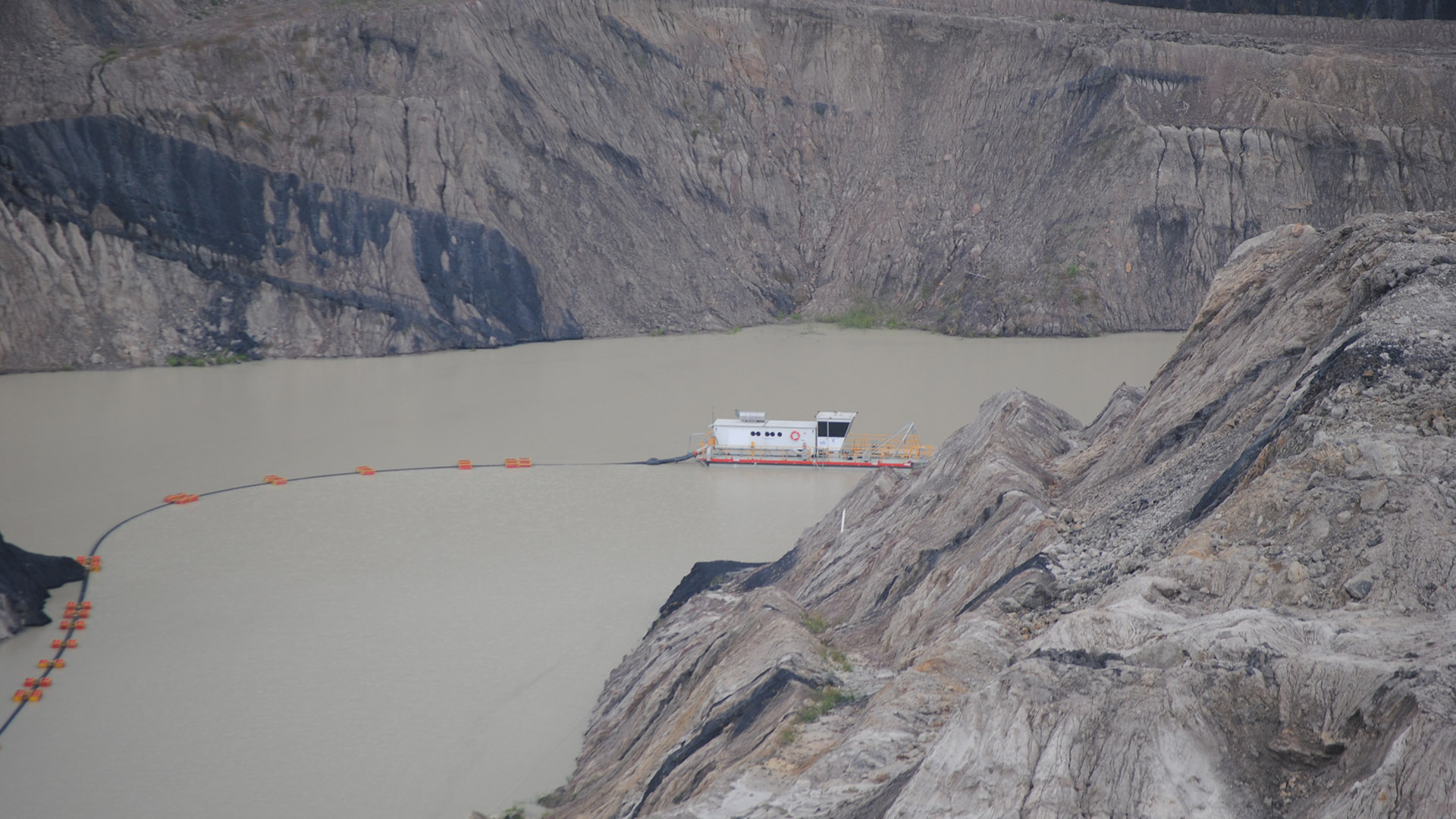 “We are so satisfied with the performance of the Cat engine that we’ve standardised all our dredging models to be powered by them. Caterpillar® not only gives us tremendous choice in models but backs them with a worldwide support network that makes our customers feel secure.

“The combination of Krebs pumps and Cat 630 bhp C18 engines for our smaller dredges, and 950 bhp C27 engines for our larger dredges represents the perfect partnership for us. Add to this our extensive dredging knowledge, engineering expertise and our superior cutter head technology and Rockcrush becomes a formidable contender. “It’s of paramount importance to us that our finished product doesn’t let our customers down once commissioned, and this is where our supply partners really excel, with their engineers working hand-in-hand with our engineers to achieve the required result.

“Caterpillar has delivered us a reliability platform that we believe is unbeatable, while their proven technology and interface friendly electrics enables us to easily integrate our own electronic controls and facilitate remote monitoring if required.

“The support we receive from EPSA and Phil Smith from their Brisbane office is seamless which is very important to us because our products are pioneering the use of dredging as an inexpensive solution to this large problem, so we are first movers if you like, so the support we receive from EPSA and Caterpillar enables us to capitalise on all opportunities. “Because the technology we have developed is new in this large-scale slurry removal application we do have our sceptics, but once the costs and efficiencies of one 900m3 per hour dredge is compared with the capital, fuel and labour costs of traditional excavator and dump truck extraction techniques, there is no comparison.

“Mining is a labour intensive industry so it is one area that is under constant scrutiny, as the more people involved on-site translates into increased OH&S issues. So by adopting our dredging technology operators can reduce their OH&S exposure and costs while increasing productivity at the same time,” Peter said.

We are so satisfied with the performance of the Cat engine that we’ve standardised all our dredging models to be powered by them. Caterpillar® not only gives us tremendous choice in models but backs them with a worldwide support network that makes our customers feel secure.