Open-cut coal mine in PNG requires a telecommunications project for their remote location – Cat generators, complete with remote monitoring equipment, are installed in pairs in 20 foot containers to deliver in-built redundancy in a secure and insect-proof “fit-and-forget” package. Designed, installed, serviced and maintained by the Cat Network.

When it comes to planning a Liquid Natural Gas project the size of ExxonMobil’s Highlands project in Papua New Guinea, no decision is taken lightly for a project that’s been in development for over 10 years. ExxonMobil’s record of developing and operating world-class assets was a key component in securing finance for a project of this scale despite a very difficult finance market. With production of 6.6 million tonnes of liquefied natural gas per annum scheduled to start from 2014, the project is expected to deliver more than 9 trillion cubic feet of gas over its 30-year life. Developed in compliance with the highest standards for health, safety, environmental and social safeguards, the project has generated worldwide interest, with contracts already in place to supply LNG to customers in Taiwan, China and Japan.

Energy Power Systems Australia’s (EPSA) Northern Regional Sales Manager, Ian Allison, has been closely involved in the project from day one and was delighted when their tender for the supply of critical power generation equipment for the Highlands project’s own telecommunications network was successful. According to Ian, due to the complex compliance issues associated with a project of this magnitude, the requirements were modified several times during discussions, but in the end EPSA had the product, the knowledge and the appropriate support infrastructure in place to deliver what the customer had specified.

“The project’s telecommunications network involved an extremely complicated set of specifications due to the remoteness and positioning of the planned repeater stations and their importance to the project’s overall success.

“EPSA’s unique ability to deliver on complex projects like this one, coupled with our ability to supply and support both Olympian and Cat® diesel, natural gas, bio-fuel and alternative fuel generator sets from 6.8 kVA to 17,460 kVA set us apart.

“The project called for a combination of four 33 kVA and two 150 kVA generator sets complete with remote monitoring equipment which were subsequently installed in pairs in 20’ containers to deliver in-built redundancy in a secure and insect-proof “fit-and-forget” package.

“ExxonMobil’s Highlands project has been in development since 2001, while the telecommunications project was first mooted in 2008 with tenders finally being let in late 2009.

“The primary function of the gensets is to charge the large battery banks housed in the 20’ containers which provide power for the project’s communications network – one that is critical to the plant’s overall success. 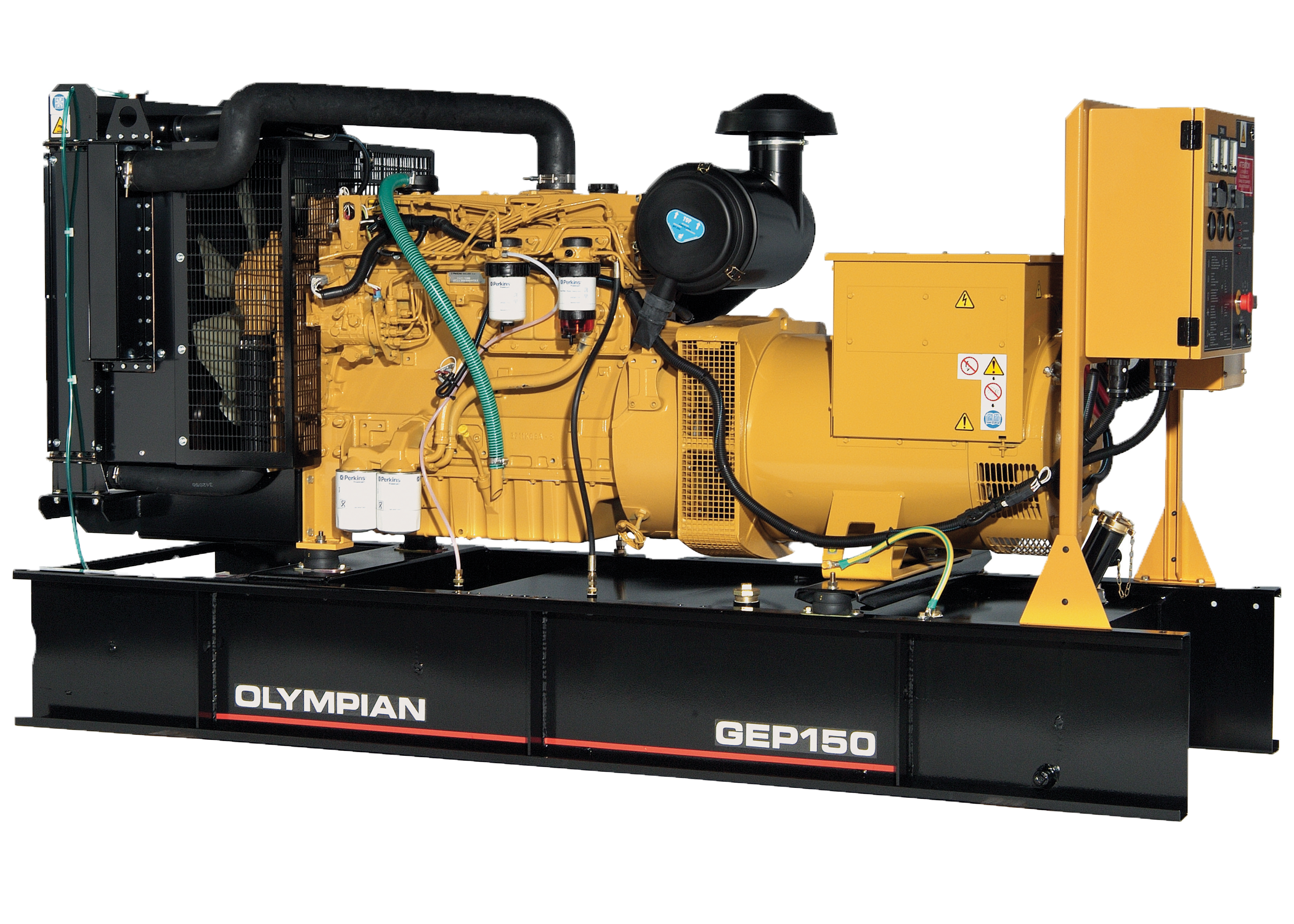 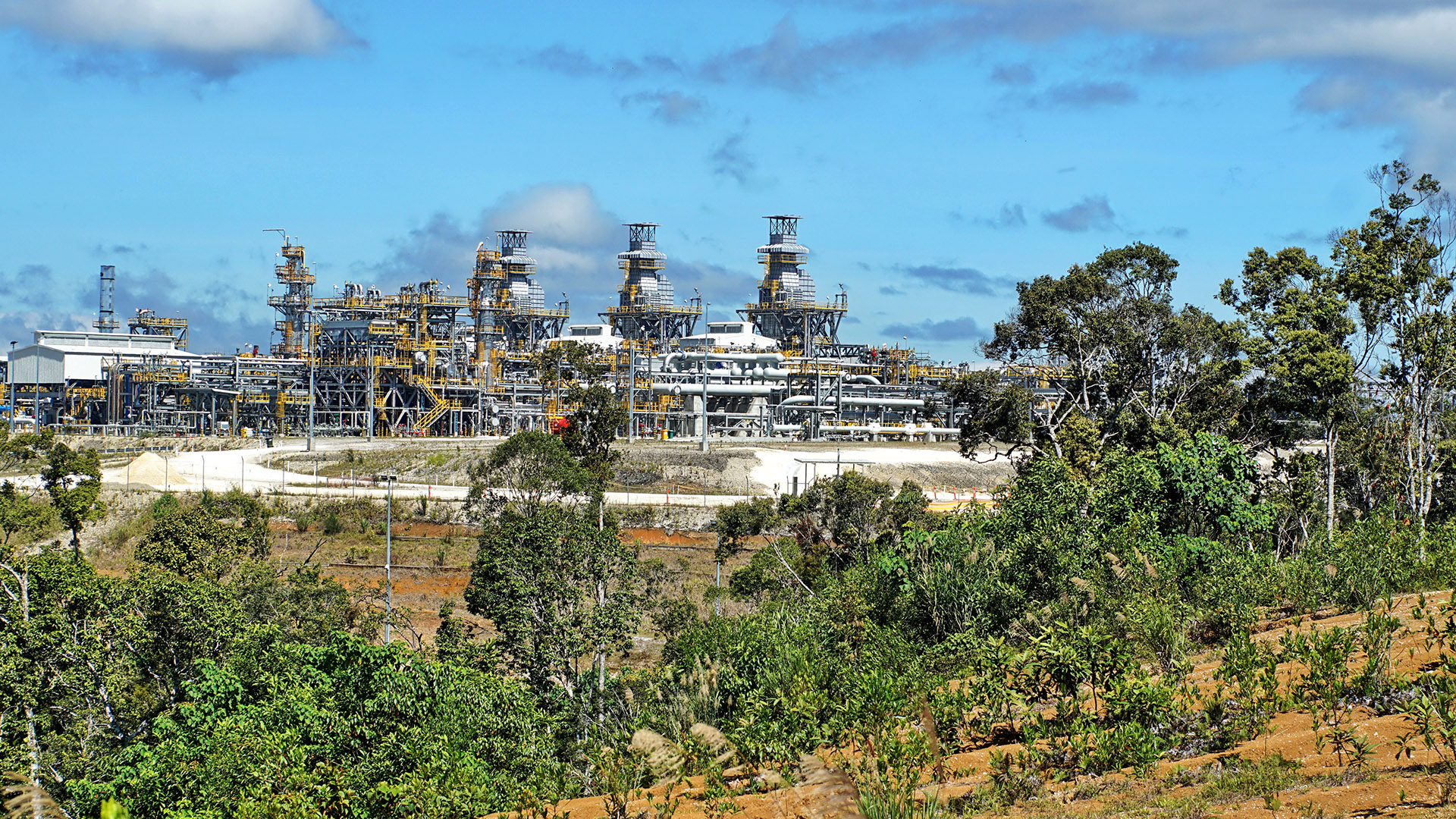 “Ultimately the 33 kVA GEP33 and 150 kVA GEP150 Olympian generator sets were the logical choice as they met the requirements and delivered legendary Cat performance and reliability for a tight schedule.

“One aspect of the Olympian’s performance profile that impressed ExxonMobil’s procurement team was its ability to cope with widely fluctuating operating loads during the charging cycle that typically involves 5 to 8 hours of operation every 4 days.

“The ability to monitor each generator set remotely was one of the customer’s main requirements as it provided an extra level of insurance against a repeater station failure, as access is strictly helicopter only.

“To meet this requirement EPSA fitted the Olympians with the optional MCM8 communications interface programme that enables the PowerWizard® control panel to be accessed from anywhere in the world to monitor and remotely control the genset’s operating parameters.

“The initial project, while small in comparison to many EPSA handle, is a reflection of the group’s dedicated approach to customer needs regardless of the complexities or budget.

“Since entering service in 2010 the Olympians, supported by our PNG Cat servicing partner, Hastings Deering, have performed faultlessly which has led to additional orders for Cat equipment that includes three 3516 generators and a turbine supplied through Caterpillar company, Solar® Turbines,” Ian said.