Standby emergency power and hot water solution that has been running for over 20 years and 50,000 hours.

Recently the much anticipated $300 million Crown Metropol Hotel was opened with its 658 designer-inspired accommodation rooms taking the total number of hotel rooms at Cr own to 1,605, including 31 luxury Villas and 33 Lofts.

According to EPSA’s Peter Davis, the contract represented a vote of confidence in both EPSA and the Caterpillar product as EPSA had previously installed six Caterpillar G3516 gas generators as part of a 5.5 Megawatt co-generation plant in the original Crown complex.

“The Crown brief called for the design, supply and installation of two 450 kV A turn-key co-generator sets to provide power to the Clarke Street building and hot water to the new Hotel complex via a hot water heat recovery system.

“Due to the location of the plant room, special consideration had to be given during the design phase to ensure that the generator sets would not be affected in the event of flooding, so they were raised 900mm above floor level. Recent flooding proved the design to be successful, with a “high tide” mark showing water levels reached 250mm in the plant room.

“Other interesting aspects of the project was the inclusion of auto start and auto parallel features and the design of the high pressure heat exchangers, as they had to withstand a head of water sufficient to feed the Hotel’s hot water boilers that are located on the 27th floor.

“Exhausting was also included in the scope of works, so a muffler system complete with by-pass for the water heating heat exchangers was designed, manufactured and installed with an option to vent straight to atmosphere if required.

“Not a lot of engine companies can do this sort of work but EPSA is uniquely placed to design, construct and install turnkey systems of this nature and then support them throughout their life. Caterpillar has the runs on the board when it comes to proven reliability in co-generation applications – as witnessed by the performance of the original Crown Casino cogeneration plant that has been operating successfully for over 12 years,” Peter said.

The Crown group is a world leading provider of leisure, gaming and hospitality services, and as a publicly listed company keeps a close eye on the return on investment they achieve.

Daniel Prince is Crown’s Infrastructure and Capital Works Manager and is responsible for bringing Crown’s major plant and infrastructure upgrades in on time and on budget.

According to Daniel, the Clarke Street building is located behind the Crown complex and is an integral part of the Crown Metropol’s operation. “Along with retail shops, staff amenities and administration offices the Clarke Street building also houses a fully automated wardrobe service that supplies staff with their uniforms for each shift. With up 1200 staff using the service daily it’s critical to the overall operation of the whole complex that it remains
operational in the event of a mains power outage. 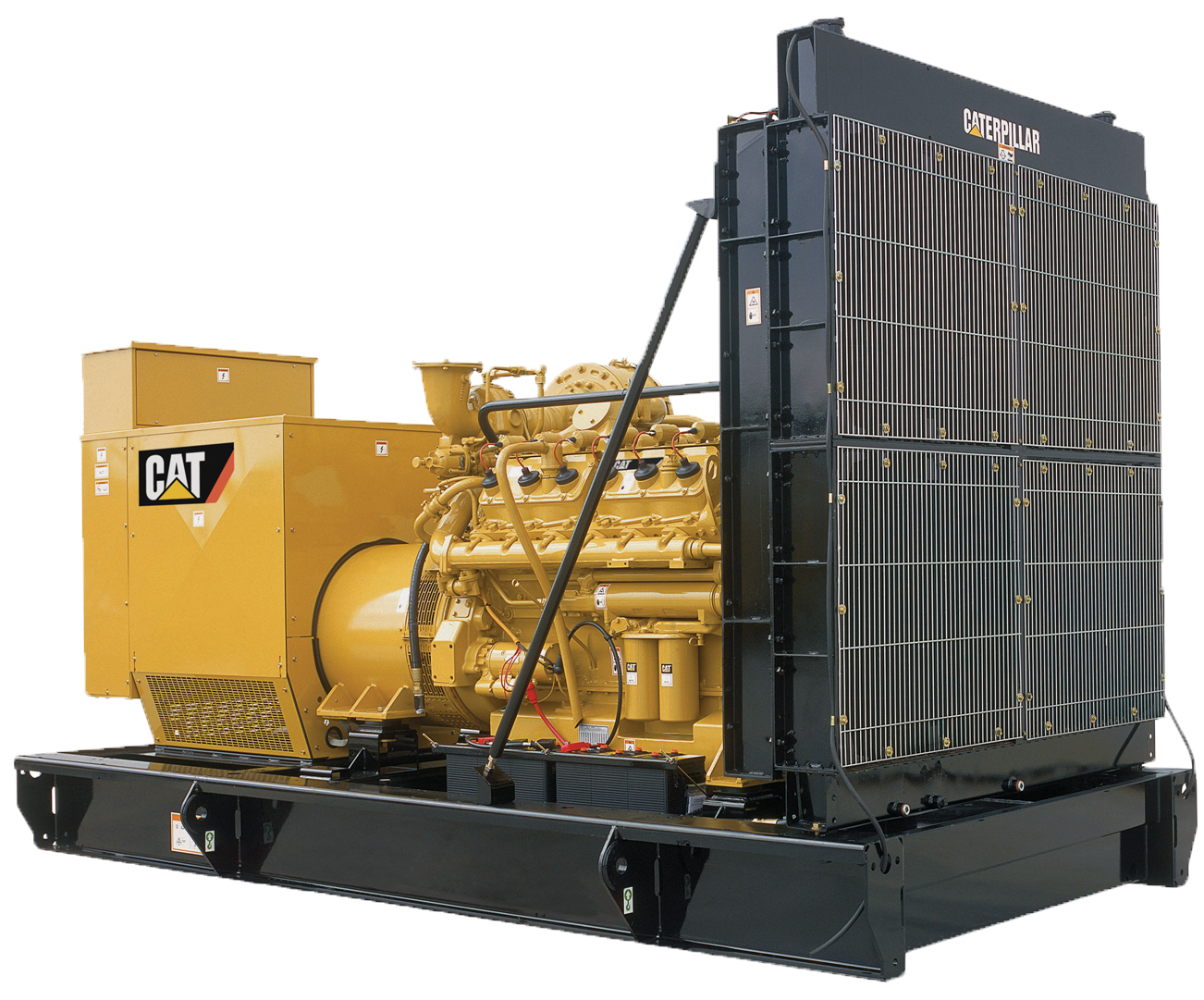 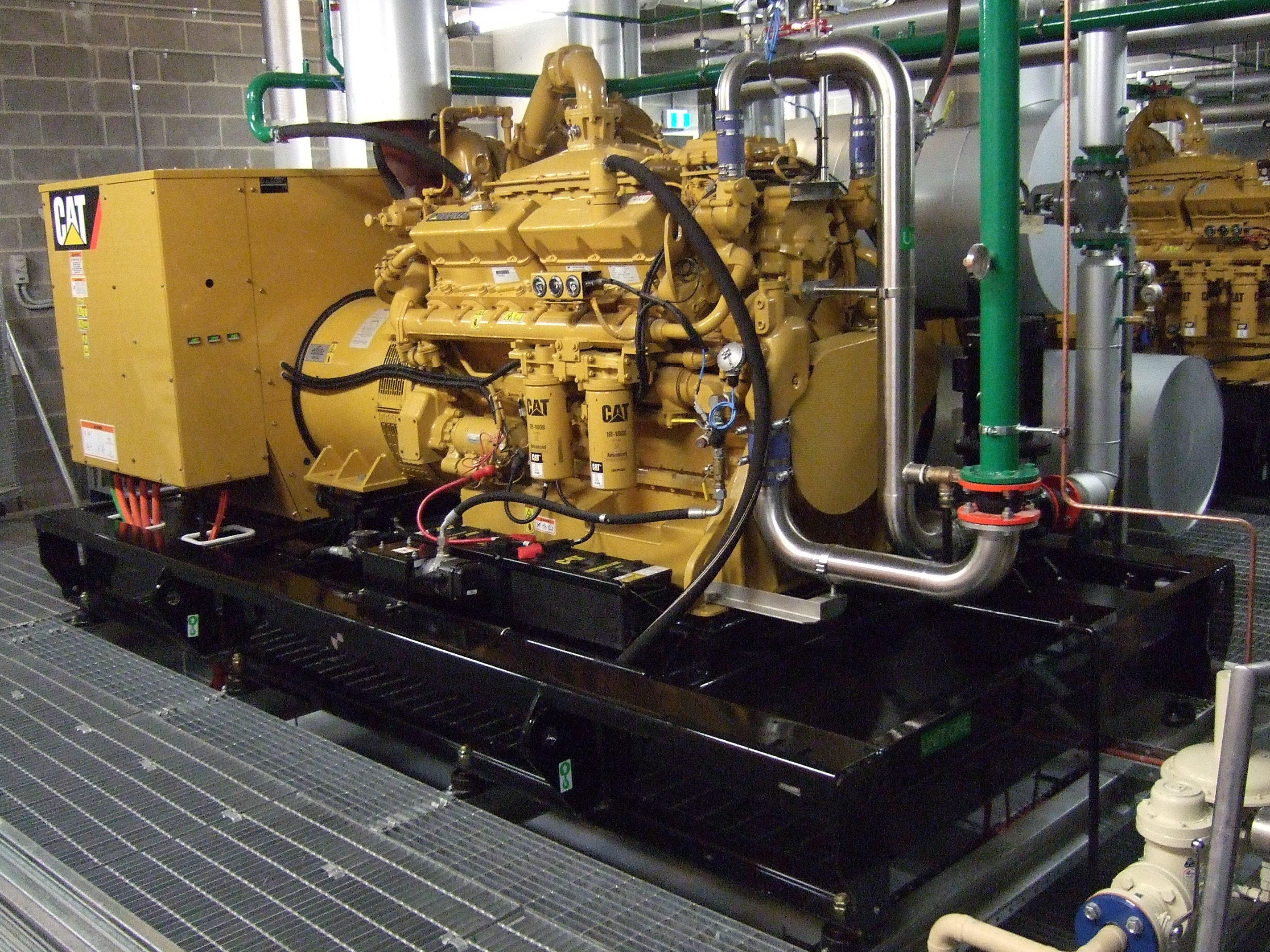 “Energy Power Systems Australia was the successful tenderer for the standby power component of the project based on a combination of price and the professional manor in which they handled and maintained the original co-generation plant.

“Initially the Caterpillar powered plant will provide standby emergency power to the administration centre only, but
has been designed with the capability to provide hot water to the Hotel once the cost benefit analysis has been
approved.

“In the case of the original 5.5 Megawatt co-generation plant that operates between 7am and 11pm daily to provide the Crown complex with power, reclaimed hot water for both air conditioning and domestic hot water, as well as cold water via absorption chillers, we estimate that it has delivered energy savings in excess of $500,000
per year to the bottom line.

“So based on the original cogeneration plant’s reliability and performance over 50,000 hours since commissioning we feel confident that the new, smaller, co-generation plant will deliver the required level of savings to make it viable.

“We are also currently in discussions with EPSA with regards to the initial scoping and feasibility analysis to add 6.6 Megawatts of further capacity to the main complex to take its total capacity to 12.2 Megawatts,” Daniel said.

Caterpillar generator sets have a powerful reputation in a variety of electric power markets – and they have it for a reason. Time and time again, Cat clean diesel generator sets, from 11 to 16,200 kW, and gas-powered generator sets, from 100 to 6,000 kW, deliver consistent performance, durability, reliability and economy, day after day, in some of the world’s most grueling conditions.

Cat clean diesel engines are designed for thousands of hours of life before overhaul. Features like high-strength blocks, large bearing areas, steel backed aluminium alloy bearings and hardened crankshafts are just a few examples of how Cat engines are designed from the inside out to deliver long life cycles, low owning and operating costs, outstanding serviceability and total reliability.