International Marine is unquestionably an icon of the Australian marine industry having built over 50,000 boats in its 53-year history.

Established in Scoresby, Victoria, by Arch Spooner in 1958 and now run by his grandson, Richard Spooner, Arch pioneered the use of fibreglass in Australia.

In the early days Arch tinkered with fibreglass to build boats, kit homes and caravans before focussing on the marine industry where he refined the technology and built a business with a reputation for engineering, innovation and quality that is still second to none.

According to John Barbar, International Marine’s Sales and Marketing Manager, what really sets International Marine apart from its competitors is its range, with over 20 model variations from 16’ runabouts through to internationally renowned Caribbean 49 Flybridge Cruiser, and the quality and loyalty of its workforce.

“We’ve got employees here that have been working for the Spooner family for 30, and in some cases 40 years – I’ve been here for 24 years and I’m still referred to as the new guy.

“To give you some insight into the size of the International Marine operation, last year saw the company build boat number 50,000, which was a MK III version of the Caribbean 35.

“Over the years our unique capabilities have attracted the attention of some of the world’s leading boat builders resulting in International Marine building a variety of Dorsett, Columbia Yachts and Bertram models under licence.

“In the case of Bertram, building under licence had a tremendous impact on our approach to manufacturing and production techniques through the adaptation of Bertram’s world’s best practice techniques.

“International Marine has delivered boats to owners all over the world. In fact in the early to mid 1990s over half of our production went to export markets, while today the company’s build-to-order approach to production sees about 85% of production staying in Australia.

“The company’s reputation as a leading Australian manufacturer of pleasure craft has been built on the foundations of only using the best materials and the belief that it’s better to over-engineer our products rather than under engineer them.

“This philosophy means that in some cases, like engines for example, we only build with what we know will perform best.

“At this stage we offer only two brands of diesel engines and specify the C12 Cat exclusively for our flagship Caribbean 49 Flybridge Cruiser.

“As with all our production models, we determine the best engine to suit the boat and offer only that selection – which in our industry is pretty unique, and it’s a stance our customers react well to, as we’ve done all the homework to come up with the engine package that delivers optimal performance, economy and support.

“In the case of Cat, we’ve used them since day one in our biggest boat, which started as a 47’ Flybridge Cruiser before evolving into the current 49’ model. 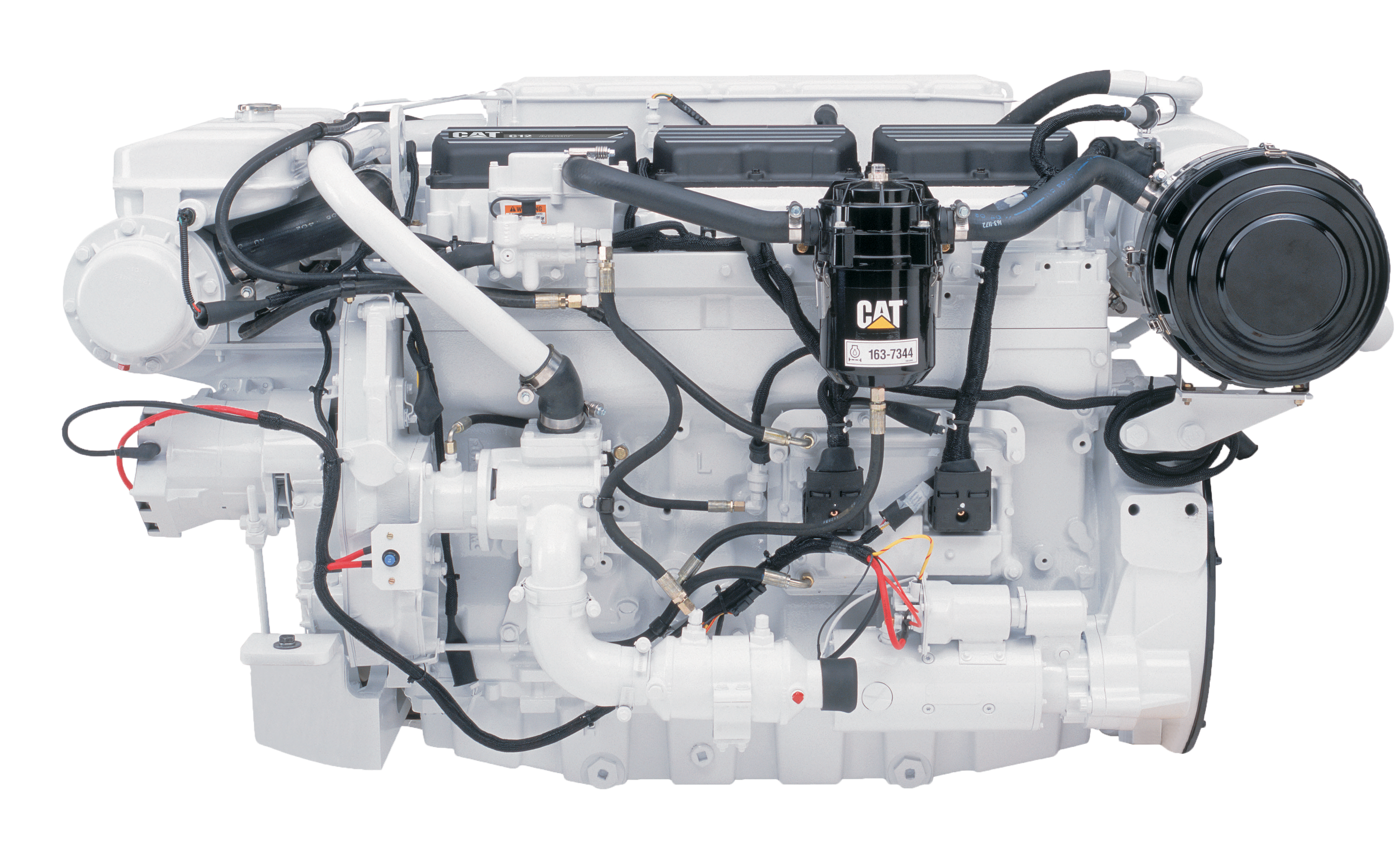 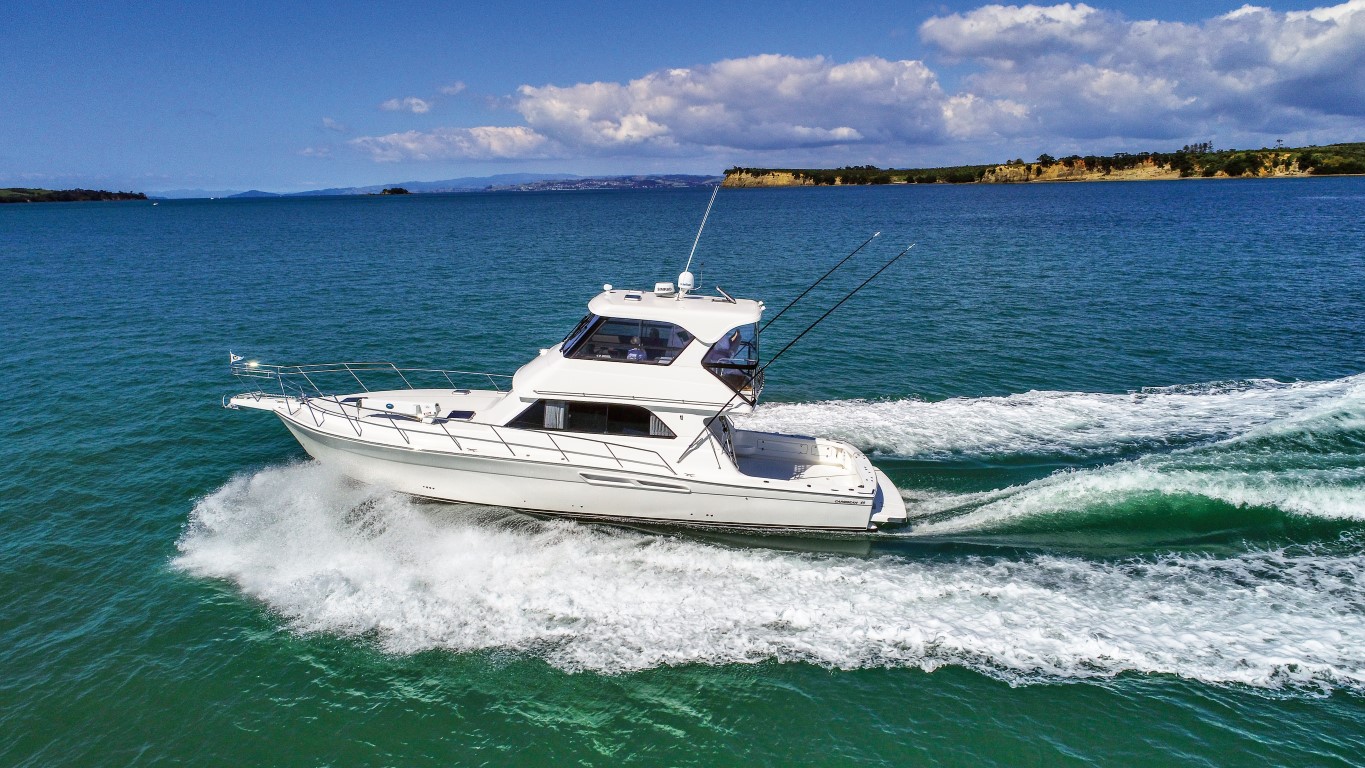 “Before selecting Cat we looked at a number of different engine brands and after comparing performance, weight, national service support and physical size the Cat C12 came out on top in every case.

“The robust design of this Cat engine also gives the impression that they are built to handle the job, which is another reassuring factor for our customers.

“And despite what a lot of people might think, boat builders actually do talk to each other and the feedback on the C12 engine is that it ticks all the boxes, and with 54 engines installed to date that’s certainly been our experience.

“We’ve found that the strength of the Caterpillar name coupled with the excellent support we receive from Energy Power Systems Australia (EPSA) on the manufacturing side, and the subsequent service support our customers receive from the Cat dealer network is simply outstanding.

“Sticking to our guns when it comes to engines for our boats means that we are a more efficient manufacturer by being able to standardise the engine bed set-up, shafts, props and running gear which streamlines production and reduces our costs and ultimately the end price of our product.

“While from our customers’ point of view the Cat C12 engines deliver industry leading torque and the latest engine management technology that delivers fuel efficiency and low exhaust emissions.

“The Caribbean 49’ fully loaded is a 22 tonne boat and the C12’s torque gets it out of the water fast to deliver a top speed of just over 30 knots – and they do it easily.

“For a boat this size they are remarkably fuel efficient producing a 20-22 knot cruise speed at 1800-1900 rpm while only burning around 75 litres a side per hour.

“But at the end of the day any product is only as good as the people that support it and in the case of Caterpillar our association with EPSA goes a long way back. As a supplier they have been very good to us and a great represen tative of the Cat brand. With Caterpillar we’ve found through using their 3208, 3116 and 3126 engines in our 35’ and 40’ models in the past and the C12 in the 49’ currently, we never have to worry about selling Cat engines to our customers as they sell themselves.

“From our experience, if you go with what works best you can’t go wrong – we haven’t,” John said.

According to Sales Representative David Heard, EPSA prides itself on its partnership approach with its customers and the strength and longevity of its relationship with a leading manufacturer like International Marine is testament that its approach not only works, but is appreciated.

“In the case of the Cat C12 used in the Caribbean 49, International Marine is able to provide its customers with an EPA Tier 11 compliant state of the art diesel engine.

“The in-line 6 cylinder C12 ACERTTM engine features 12 litres (732 cu in) of displacement and delivers outstanding performance with 715 mhp available from 1700 rpm to 2300 rpm.

“Power to weight ratios are what traditionally sets one engine apart from another and this is where the C12 ACERT engine really excels, while its unique engine management system delivers the added bonus of no visible white or black smoke during start up and under load.

“International Marine’s Caribbean 49’ is in a class of its own, just like the Cat C12 ACERT engine,” David said.